Reggie grew up in Coleman Georgia and has lived in the metro Atlanta area for
over 20 years. Reggie has married his wife Michelle in 1996 in Denmark Germany, both were stationed with the military in Mannheim Germany. Reggie has two sons and one dog. He obtained his Real Estate License in May 2005. Starting out with GMAC Metro Brokers, he gained a love for helping people create memories from finding their first home to finding their dream home. Reggie has experience with buyers, investors, and sellers all across Georgia from working with agents on the Georgia coast to finding farmland in the rural south. Reggie is a 25-year retired veteran and brings some of his military core standards over to Real Estate such as communication and transparency is key to being successful. Reggie loves working with prior service veterans, helping all people is a joy for him, but working with military veterans is joyful and comforting. Reggie has served his clients gracefully with selling their existing home and finding that new home which can be very demanding. With extensive knowledge working with buyers, sellers, and investors Reggie has gained the needed skills to negotiate and help his clients save thousands and get their deals accepted and closed.

Real Estate Market
I Plan To Wait To Sell and Then Buy - This Could Be Our Biggest Mistake?!?
BY Stan Jones
View All Blog Posts

I Plan To Wait To Sell and Then Buy - This Could Be Our Biggest Mistake?!? 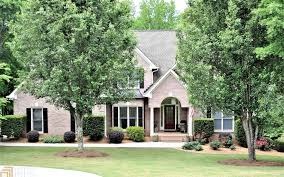 URGENT - We Need You Sellers! We Have Buyers